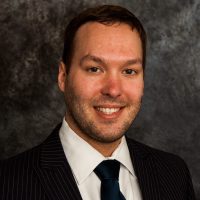 Mr. Snyder has a significant international law background with two stints in Japan, and has acquired a proficiency in conversational Japanese. He is originally from Vestal, New York.

Mr. Snyder obtained his undergraduate degree at Binghamton University in 2006. He was admitted to practice law in New York in 2012.